February marks the 420th anniversary of the birth of prominent politician, judge, landlord, and patron, Count Vilém Albrecht I. Count Vilém died on his 88th birthday, so this same month also marks the anniversary of his passing. Let us remember the life of a prominent aristocrat who is one of the most important personages of the Kolowrat family. During his life, he held high political positions, including serving for 12 years as the Supreme Regional Judge of the Czech Kingdom. In 1678, he was promoted to Chamberlain, which he remained until his death.

Through his marriages, adeptness and entrepreneurial spirit, Count Vilém Albrecht I. enlarged the Kolowrat holdings with numerous estates, homesteads, lands and even villages, which he managed and maintained as a landlord. Shortly before his death he devised an unprecedented way to provide not only for his firstborn but also a second born son. He bequeathed all his movable assets to his oldest descendant, the so-called financial entailed estate. His second-born male descendant then acquired all ancestral lands and properties, the so-called material entailed estate. This step ensured the indivisibility of family property for future generations.

Count Vilém Albrecht I. was a deeply religious and influential nobleman, and therefore invested in the representation of the family through patronage. He took care of the Týn Church of the Assumption of the Virgin Mary and invested in other church buildings. In gratitude for surviving the plague in 1680, the Count donated a painting of St. Sebastian to the Church of St. Havel in the Old Town of Prague. He was also involved as a donor in the construction of one of the 44 chapels on the Via Sancta pilgrimage route from Prague to Stará Boleslav. 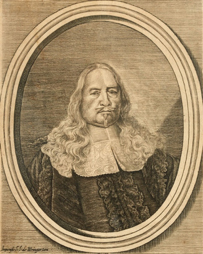 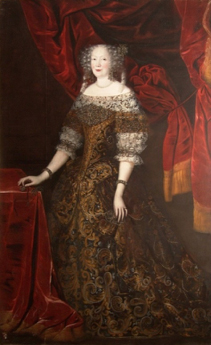 Portrait of his wife Ludmila Eva Františka Kolowrat-Krakowska, nee Hiserlova of Chodov (1616–1695) from Santa Casa, Prague Loreto, in her wedding dress, inlaid with 6,500 diamonds, which she bequeathed to the Prague Loreto in her last will, and which were subsequently used to make the Prague Sun Monstrance.