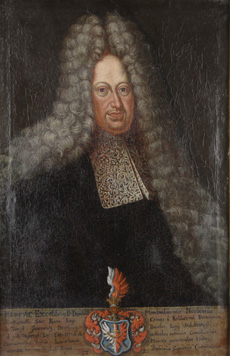 His wife, Countess Marie Barbora, had a Loretto chapel built on the way from Týnec to Klatovy in 1711. A painted alliance emblem of the Kolowrat and Wrbno families has commemorated this event to this day. A settlement with several cottages, an inn and a gamekeeper´s house was founded in this area over time. The Loretto chapel was abolished by Emperor Joseph II., but the Kolowrats restored it in 1931. Marie Barbora died at the age of 46 and was buried in Prague.

On 30th August 1713, Maximilian Norbert got married for the second time in Zákupy (Reichstadt) to Marie Anna Teresia, a Freifrau von Stein zu Jettingen (5th August 1688 - 2nd May 1751). This noble woman became a lady in waiting to Grand Duchess of Tuscany, and, subsequently, she became the chief lady in waiting to the Polish Queen Marie Josefa (1699 – 1755), the daughter of Emperor Joseph I. She spread the influence of the Krakowsky house beyond the borders of the Czech Crown Lands, in particular to Saxony. She was awarded the Order of the Star Cross. She bore two children with Maximilian Norbert: Jan Arnošt Filip (1716 – 1722) and Františka Marie Anna (1717 – 1762). When the countess died, she was buried in the pilgrimage spot in Mariaschein (Šejnov, Bohosudov).

After his father´s death, he took over Týnec, Běšiny, Dešenice, Janovice, Královský Hvozd, Srbice, Opálka, Střezmíř, Sobětice, Lomec and the court in Unhošť, for which he paid 138,500 zlaty (guldens) to his brother Jan František. It was in his house in Unhošť where he started brewing beer, which is documented by a complaint from 1701. Two years later, he received a documentary brewing right for Prague from the King. He earned his name as the founder of the Týn manor, which included both Týnec and Běšiny, as well as other estates. This very manor became a majority ownership of male descendants of the house in 1690, which was the case until the death of Josef Arnošt Emanuel, the Count Krakowsky of Kolowrat (who died in 1864). 24 families were transferred from this manor to Unhošť, which enabled him to build a new brewery, causing further protracted disputes with the townsmen. This was the reason why Maximilian Norbert found himself compelled to sell the Unhošť manor including the brewery, an inn, a sheepfold, gardens and a mill to a widowed lady Antonia Czernin of Chudenice for 40,500 zlaty in 1721.

He also became the owner of the estate and village of Petrovice near Průhonice (currently a part of Prague), which he had acquired from the house of Borovansky of Borovany. However, he sold this asset to František Antonín, Count of Sporck in 1693. From 1705, he held the title to Dobrá Voda, and a year later, he acquired the Horní (Hořejší) Krušec estate, which he sold off to the brothers Jan Adam and Maximilian Lipovský of Lipovice. From 1707, he also had Hořejší Těšnov in his possession.

Count Maximilian Norbert is renowned as a sponsor, due to the fact that he contributed to the removal of the damage done by French incendiaries at the Jesuit College in Klatovy on 8th July 1689. He contributed a sum of 20,000 zlaty for the reconstruction of the damaged college, grammar school, seminary, and church.

In 1721, Maximilián Norbert Count Kolowrat-Krakowský decided to build a prestigious family residence in Týnec. Plans for this building were provided by the renowned Pilsen builder Jakub Auguston. The building was eventually completed in 1760 by his son, Jan Josef Hyacint. This very financially demanding undertaking cost the Count all his resources. The common practice at the time was to postpone declaring bankruptcy until after a person’s death. Thus, it was his heirs that were forced to finally deal with his financial problems in 1722. Maximilian Norbert Count Krakowský of Kolowrat was buried in Prague, in the Capuchin Monastery tomb, near the Church of Our Lady of the Angels. 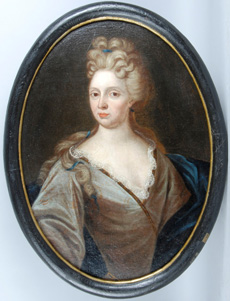 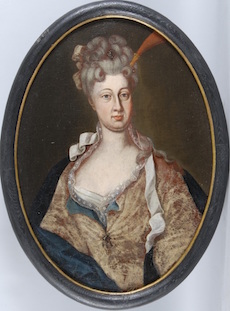