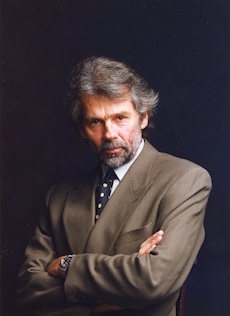 František Tomáš Kolowrat-Krakowsky started to administer the family property after the death of his father Count Jindřich. František Tomáš was the only one of Jindřich’s children who, after 1989, accompanied his father back to Czechoslovakia and stayed in the homeland of the Kolowrat family for good.

Count František at first studied in Europe – in Grenoble and Vienna. After he finished his studies he travelled a little and worked in many different jobs (such as sailor, cook and waiter). After he came back to the United States he continued his studies at Columbia University and, at the age of 25, he started filming. He proved his talent as a cameraman in several short movies and three full length movies.

He didn’t have to think long about his return to Bohemia. “Me and my father had the same thoughts. We knew the restitution was a special event that was happening for the first and maybe the last time in the world. It wasn’t just about righting the injustice, it was about binding people who lived abroad, to come back and share their experiences with people living here.” Count Tomáš fit the image of the perfect nobleman of Kolowrat. He devoted himself to the administration and reconstruction of the property, including the Kolowrat woods at Diana, where he loved to stay so much.

He repaired the Hraničky ponds and the Václavský Pond, which became part of an important sporting event – the Přimda Triathlon. He built private wood roads that became part of cycle paths, and which now connect different areas of the Upper Palatine Forrest. In order to increase tourism and the development of the town of Přimda, he bought the ruins of Přimda castle, (which is considered to be the second oldest stone castle in Bohemia, after Prague Castle) and converted it into the attractive Mountain Hotel Kolowrat.

Count Tomáš continued the patronal tradition of his ancestors and participated in cultural and social development of the region. He also helped people in difficult social situations. In 1997 he bought three new bells for the Roman St. George’s Church in Přimda, as the original bells had been destroyed after World War II. He personally donated a considerable amount of money to the Red Cross to help people in need and to remedy damage caused by an extensive flood in 2002. He made regular charity donations and always supported people in difficult social and health situations. He also supported schools, culture and other important events.

In 2001 the Forestry of František Tomáš Kolowrat-Krakowsky was ranked in the top 100 companies of agricultural production, food industry and forestry. He was recognized by Comenius - the Pan-European Society for Culture, Education and Scientific and Technical Cooperation.

Together with Dominika Kolowrat-Krakowska he fulfilled the biggest wish of his father Jindřich and settled down in his native country. Their son Maximilian Alexander was born the same year that Count Jindřich died, and their daughter Francesca was born two years later. The beloved and admired František Tomáš Kolowrat-Krakowsky died prematurely in 2004.