Oldřich František hrabě Kolowrat-Liebsteinský (1607–1650)Let us remember Oldřich František Count Kolowrat-Liebsteinský, who rose to fame for his functions as supreme burgrave and major domo, but also as a competent steward and an important patron. He was the son of Count Henry, who provided him with an excellent education. As part of this education, in 1622, he set off on a Grand Tour, from which he returned after six long years.

The Grand Tour was intended for adolescent nobles as the culmination of their upbringing and education. It was a tour of European capitals, which was associated with studies at the local universities. The aim of the Tour was not only to learn foreign languages, but also to gain awareness of other aristocratic courts and to gain experience in diplomacy and international relations. The most important element of traveling on the threshold of adulthood was, especially, acquiring the necessary contacts to pursue a future function and career.

On his Grand Tour, Count Oldřich František traveled virtually all of Europe. He devoted longer stays to the most important university cities, which gave him the opportunity to study in Rome, Leuven, Paris, Madrid and Lisbon. Even then, the young aristocrat was tied to the Catholic Church and therefore preferred to stay in Catholic countries, and during his stays, he also always visited the important local pilgrimage site, such as the Loreto or Santiago de Compostela.

It’s no wonder, then, that during his life he became an important patron of the Catholic Church, and his devotion to the Church stayed with him until his death. He was involved, for example, with the foundation of the Capuchin monastery in Sušice, supported the establishment of several Jesuit colleges, including those in Klatovy, Březnice and Hlohov.

We also must not forget Oldrich's important political role. During the post-White Mountain period, he held several of the highest offices in the administration of the Czech Kingdom, and was even active at the imperial court in Vienna. In the years 1637–1645 he simultaneously performed two administrative functions of the Habsburg monarchy, which made him one of the most important persons during the reign of Ferdinand III. The highlight of his career was the office of the supreme burgrave, which he held towards the end of his life. 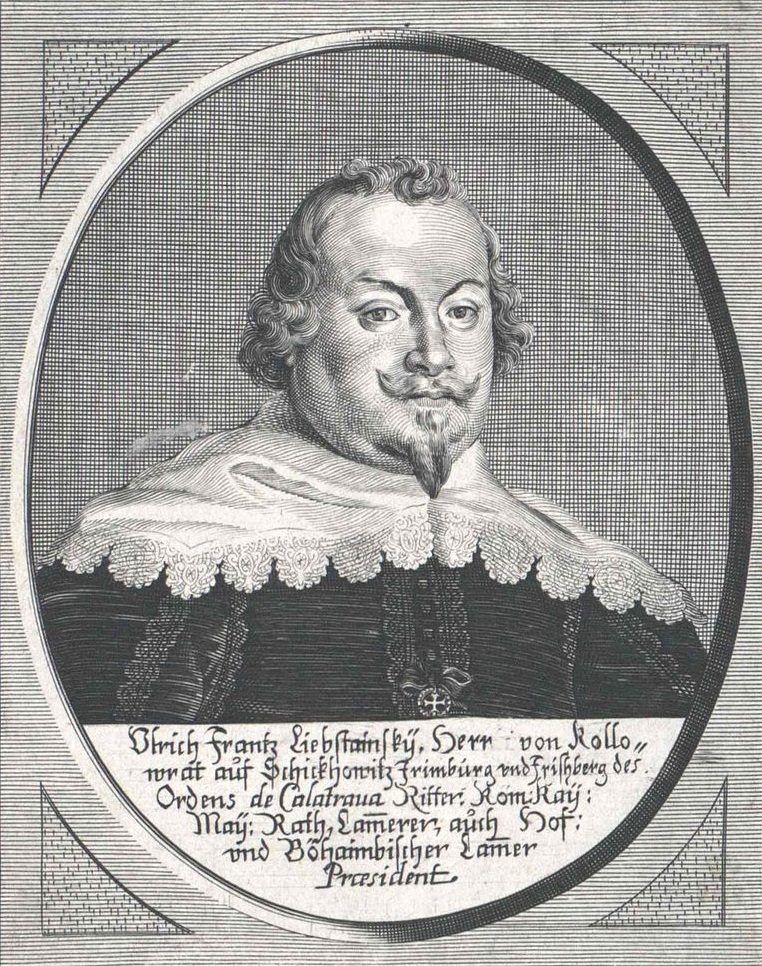