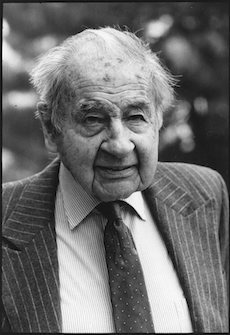 After Count Alexandr’s death, he became the owner of the Kolowrat-Krakowsky estate, including property in Tachovsko (Týnec and Lomec). Jindřich Kolowrat-Krakowsky was the youngest brother of the late Alexandr, and the last living son of Count Leopold.

That same year Count Jindřich sold the Castle in Týnec to the architect Jaroslav Polívka, who then built the Functionalist Chicago Palace at Národní Street for Count Jindřich, one of the most modern buildings of its time. The contented owner furnished the building with the modern conveniences of American skyscrapers and opened a farm store with products from Týnec. Jindřich Kolowrat-Krakowsky thus became a pioneer of method of producing and selling in the field of agriculture.

In 1930, at the hunting lodge Diana in Přimda, Count Jindřich founded the West Bohemian Timber Company of Jindřich Kolowrat, which started to produce wooden houses known as the Wooden Houses Kolowrat, and where he employed 600 permanent workers. Count Jindřich introduced a very progressive method of timber transportation by means of rubber tyres Kolowrat (until then the timber had been transported by drays drawn by horses or bullocks).

Between 1943 and 1945 the estate of Count Jindřich was nationalized by the German Empire. However, thanks to his strong anti-fascist views, it was given back to him in 1945 by a Decree of the President of Czechoslovakia.

During the post-war years of 1945 to 1948 Count Jindřich worked as Ambassador in Ankara, supporting the interests of democratic Czechoslovakia. Unfortunately, due to the Czech coup in 1948, he would not come back to Czechoslovakia for the following 50 years. After February 1948, the Kolowrat-Krakowsky family’s property was nationalized again and in 1950 the timber company was dissolved. From 1960 the hunting lodge Diana served as a retirement home.

When Count Jindřich left his post as Ambassador in Ankara, on 8 March he wrote a telegram to Prague: “ The political development in our country shall lead to the establishment of a new government, which has already disgraced all principles of freedom and democracy and which should make every decent man feel disgusted. It is certain that this government, an agent of Cominform, will leave the Czechoslovak nation in moral and material poverty. I have already asked to be released from Ankara and to be granted cost-free leave, as I haven’t been in agreement with the political development in our country for quite some time. However, the new circumstances prevent me from being employed, even formally, by the Prague Ministry of Foreign Affairs.”

After his departure from Ankara he moved to the United States with his family, where he worked as a farmer and a gym tool dealer.

Count Jindřich married Princess Sofia Trubecka. After her death in 1938, he remarried. Whilst the first marriage was childless, with his second wife, Maria Klimtova he had 5 children – Jindřich, Ernest, Marie, Eva, and the youngest František Tomáš.

After 1989 Count Jindřich came back to his homeland. Upon the law of restitution he got his property back and, together with his youngest son Tomáš, started to administer their property. In 1993 he rented the Kolowrat Palace to the National Theatre for a symbolic amount of 1 Czech Crown per year.

Count Jindřich was the holder of two high state decorations. From Edvard Beneš he received the War Cross for his resistance activities during Wold War II, and in 1991 he received the Order Of Tomáš Garrigue Masaryk, Second Class, from President Václav Havel.

The famous diplomat, economist, great patriot and anti-fascist fighter, generous patron and youngest child of Count Leopold died in 1996, at the age of 98.